MMOs are in a weird place right now. Now, more than ever, people are seeking an escape from the real world by logging into a virtual one. We saw it with the influx of players to Final Fantasy XIV in July. The game's publisher had to resort to waitlists for purchasing digital copies of the game and saw unusually long server wait times - it was truly a sight to see for such an old title.

Amazon's new MMO, New World, is seeing the same problems on release. Just a few days after launching, the team had to double the number of servers to sustain the flood of users creating characters. New World's current peak of concurrent players is 913,000, beating out even Counter-Strike on the Steam charts. That is an insane feat for a new IP.

But is the game really that good to warrant all this traffic? We asked team members at Glorious to see what they think about this new, crafting-based MMO. Shazim, our founder and CEO, has been enjoying the game and its beautiful world. One thing that stood out to him was the crafting system, which our Lead Depot Repair Technician added was incredibly addicting. The irony is not lost that the hardware team members enjoy the MMO's in-depth crafting mechanics! 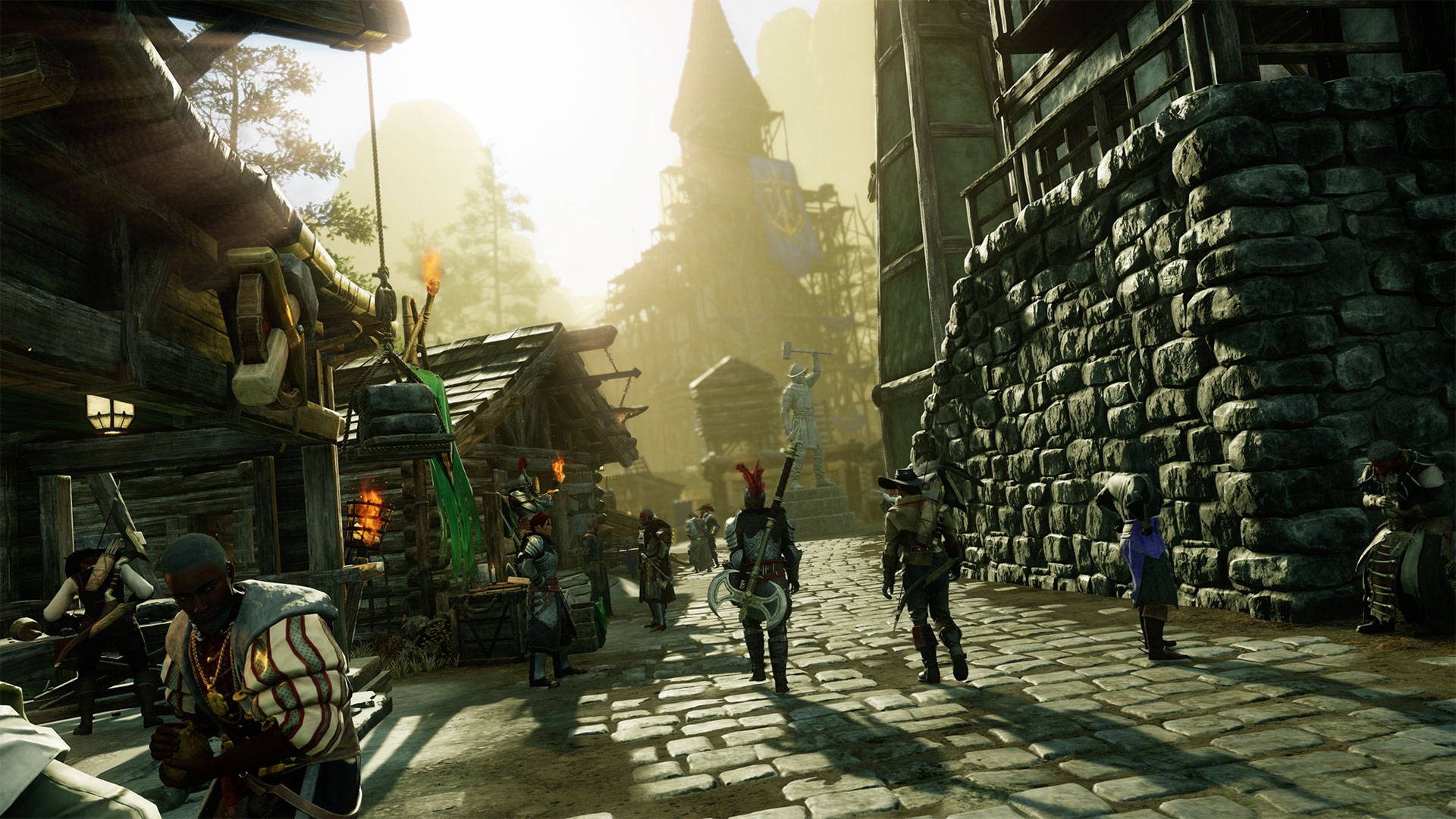 Our Shipping Coordinator says, "the worlds are super pretty." We can't argue with that!

Our Creative Project Manager, who has been following the game for a while, says that New World is not for the casual player. It is very "grindy" and requires a time-sink to really get good at the PVP mode, which he says is a significant focus of the game.

Our Content Manager had a different opinion about New World, stating that the whole experience felt "meh." It appears that as great as the game is, it won't convert players who are not fans of the typical MMORPG structure. Instead, he is still holding out for the long-awaited Star Citizen. We hope that his wish comes true within this decade, but we're not holding our breaths.

Enough about us - let us know what you think in the comments below! Does New World scratch that MMO itch, or are you going back to FFXIV once the hype dies down? Also, what do you think of the unique crafting system found in the game? We would love to hear from you!